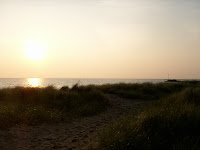 There has been so much information shared about the power of manifestation in recent years that I thought I would toss my two cents into the ring. To begin with there is ‘The Secret’ – made popular by Oprah Winfrey, but there is also ‘Ask and it is Given’ by Esther and Jerry Hicks. These are the two mainstream works that come to mind when I think of manifestation – and there is a difference between them. While ‘The Secret’ focuses on the process by which you manifest things (mostly material things) into your life, ‘Ask and it is Given’ divides its focuses between the process and the allowing for the manifestation to occur. For that reason, I agree more with the latter. But, it’s still not enough. Why?

Because it all depends on your intention, actually. If the intention behind your manifesting is that of desperation and desire, there is an urgency in your thought process that carries with it a hint of self-defeating prophecy. It carries the energy of ‘lack.’ As a result, the Universe feels the ‘lack’ in your request and provides you with it. It’s like when someone says, “It’s just my luck.” Yes, it is – because you asked for it. Manifestation, in my opinion, is 50% asking, 50% allowing and 100% intention and purity of thought. Yes, I know that adds up to 200% – but bear with me. 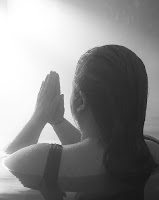 The 100% I suggest simply implies that behind the asking and the allowing, you need to have purity of thought and intention. If you ask for something, but believe somewhere inside that it’s not yours to have, you’re not worthy, or it won’t happen – then there’s no point in asking. Likewise, if you ask for something with purity of intention, but in allowing it to come to fruition you sit in a place of skepticism and doubt – it won’t happen. That’s why, although it seems so easy, we have been somewhat misguided. Manifestation actually begins with modification: the modification of our thought patterns and belief systems.

So, my suggestion is to start small. Work with the idea of manifesting by choosing things in your life that you know (truly know) are possible and plausible. And allow the Universe to comply. Without the doubt, skepticism and negative beliefs, you will begin to see the power of this incredible tool. Then, gradually, as you believe, you will be able to manifest more and more into your life.

As a side note, tomorrow (Monday, August 9th) is a New Moon. It’s an opportunity for cleansing and creating. New beginnings are possible. Perhaps it’s time for a new belief system? Such as “I am worthy of all beauty, abundance and prosperity the Universe has to offer.” (And the Universe is limitless!)

Whatever you choose to do, the bottom line is: Intention Matters. I’ve said it before, and I will say it again. It matters much more now than ever before as we enter into a new age. That also means that it’s more powerful than ever before. So, make the choice to live life from a place of love and compassion, from a place of selflessness and understanding, and from a place of abundance in all things; and the Universe will comply.

In Love and Light,