Many of you know that this past week I have made a major life change. For those of you that don’t, here’s what’s going on. I have decided, in conjunction with my health care advisors, to get myself off sugar. I say it that way, because – for me – it truly is a drug of choice. I love (!) coca-cola. Coke is my weakness. It always has been. It’s one of those things that I gravitate toward when I’m feeling good, bad, sad, happy, or anything at all. It’s both an emotional eating device and an everyday food. Now, I thought I drank it within reason – 1 or 2 cokes a day – but that doesn’t make a difference. I could have had 6 a day or half of one, and it would have been the same. My body simply doesn’t tolerate refined sugar well, and it has been fighting me on this for years and years. Finally, last week, I decided to listen. 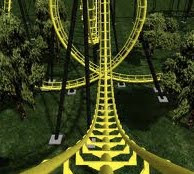 Although I haven’t experienced ‘major‘ problems from consuming too much sugar throughout my lifetime, they were horrible enough for me. Infections, IBS, and a weakened immune system finally got the better of me, and I could not ignore it anymore. Sugar, it seems, is toxic to my body. Perhaps in small doses, and in its natural state, I would be fine. But in order to get to that place of moderation, I have to walk through the tunnel of detox and cravings. It’s not a pretty tunnel, I assure you. As such, the past 5 days have been spent in bed, on the couch, and generally wandering around my house. Some days were better than others. Some nights I didn’t sleep, other days I slept all day. My heart rate spiked and I had skipped beats, but I also slept soundly when I was sleeping and finally got rid of the severely painful headache that started on day one. It has been a roller coaster, to say the least. A ride I don’t ever want to take again.

The realization that I was actually addicted to sugar came on Day Two – when I turned to my husband and said, “I feel like I’m going through some sort of prolonged withdrawal.” He’s an Addiction Psychiatrist, so he understood immediately. I was grateful. He has been super supportive and has removed much of the sugar from the house, including all my beloved Cokes. And I’m glad he did, because my determination definitely waivered at points. It still does. It’s a process.

So, where does Mt. Everest come in? Well, during my conversation with Tom, my doc, when we were discussing this idea before beginning it, I realized that although we were on the same page, he seemingly thought of it as somewhat ‘easy’ to change something that would actually be quite difficult for me. If it were easy, wouldn’t I have done it years ago? Then, in explaining myself, out popped the words, “Tom, this is my Mt. Everest,” and I, too, suddenly realized the profundity and accuracy of that statement.

We each have our own Mt. Everest. Indeed, we each have our own Himalayas, Alps or Rockies, etc. For me, handling a medical crisis is easy, for myriad reasons. I also quit smoking and drinking at the same time, with no cravings or issues, many years ago. Quitting sugar is quite a different story. My body is physically and chemically addicted to it. I have always been a ‘sweets’ person – salty does nothing for me. I can walk by a bag of chips without blinking an eye. Walking by a cupcake, however, always triggers feelings of desire and salivation. The ad campaign, “What would you do for a Klondike bar?” Yeah – I could have written that about a whole host of things. Sugar, Coke and sweets in particular, are my Mt. Everest. They are my greatest challenge, and I have avoided climbing them for years. Decades even. I have had physical symptoms sending me warning flares, but I ignored them. My thought process was, “as long as I don’t have diabetes, I’m fine.” What?!? Seriously, I was willing to wait until I had a life-threatening diagnosis before actually changing my behavior. That’s crazy! Or is it?

In talking with so many friends and family members this week, I realize that it’s not crazy. Many of us wander around through life, knowing that there is a giant mountain lurking in the distance, whatever it may represent, and we simply choose to look at the ground instead. But here’s the catch. In looking at the ground in order to divert our attention from the monolith beside us, we are missing all the other beautiful things around us that require us to look up and out.

We miss the birds in the sky and the beauty of puffy white clouds. We don’t see the forest OR the trees, but only the pine needles and leaves they have dropped. We miss architecture and air. We miss over half of our world. And that’s what it’s like living in deliberate ignorance: living a half-life.

So, I ask you: What’s your Mt. Everest? Or Rockies, Himalayas, Alps, foothills, etc.? What are you busy ignoring in order to live the way you’ve been living, and not face the challenge of making a change because it will hurt too much or you’re scared? It can be as small as an anthill, or as large as K2 – it doesn’t matter. As long as you are living in avoidance of the challenge, you are only partially living, and you are denying yourself and the world around you the brilliance of who you are.

Do I think giving up sugar will suddenly make me a little brighter? Yes. Actually, I do. I’ve already seen it happen. When I went to the grocery store yesterday I connected with people on a different level. I received a lot of smiles and warmth from strangers, as well as cooking advice. I was keenly aware that I was being viewed in a different light. Perhaps my aura was brighter, or maybe I just looked tired and I was getting sympathy. Either way, the results were undeniable. I’ll never say this has been easy, and I know I’m still in the tunnel working my way through to the other end, but today, the fifth day, I will say that I am glad I made the decision to lift my eyes and look at the mountain beside me, because in its own way, it’s very beautiful.

In love and light,