Why is it that we’ve been programmed to delay happiness? Think about it for a second. Do you have the thought pattern anywhere ingrained in you that says: “If I do/acquire/reach a certain thing/level – I will then be happy.” Replace ‘happy’ with content, peaceful, complete – any number of words – it’s the same idea regardless. But here’s the thing: with this thought pattern, we are actually preventing our own happiness. We’re in effect saying that we’re not worthy of happiness (peace, etc.) without first suffering through something or proving our worth. As a result, we’re denying ourselves permission to be happy. WHAT?!? 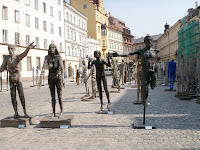 Don’t worry – I do it too. Why? Because I’m human. It’s part of the human condition – or conditioning. It’s a game we play with ourselves. A game of merit and self-worth. A game of success and failure. A game with too many unwritten rules. And a game where the world is the playing field, and everyone is on a different team. Furthermore, it’s something that will never change, and that we can never win. The only way to “fix” it is to remove it entirely by stepping off the field. Now, I’m not saying it’s time to die. I’m saying it’s time to acknowledge the game going on all around us, and in us, and simply decide to stop playing. It’s easier said than done, you say? Yes. And no.

Yes, everything is easier said than done. When our friends, family and colleagues are able to point things out to us, it’s because they have the perspective with which to do so. They’re not as close to the problem as we are; therefore, it’s much easier for them to see it, which is why we seek advice, help and encouragement from others. But that doesn’t mean that they will follow the same advice if they were in a similar situation. Again, they would be too close to the issue to have the perspective that makes a solution easy. Or easier.

But no, it’s not easier said than done – because I’m going to give you an idea that will help you step off the playing field, take off your jersey and step into your happiness. Once planted, this idea will begin to grow, and little by little you will start to accept and realize its truth. Here it is:

If the assumption is there will never be a perfect time, then we have nothing to lose by claiming our happiness now. The premise of the idea “if this, then that” is based on the notion that we are waiting for the ‘perfect’ time in order to realize something in our lives. We need all of our ducks to be in a row before we feel we can move on to the next thing. However, it goes further by also suggesting that there is no ‘perfect’ time, therefore that ‘something’ we desire will always be out of reach. Do you see? If there will never be a perfect time to own what’s already ours – then why not own it now? Inevitably “no perfect time” becomes perfect. 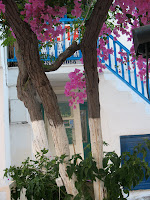 Of course, reality steps in on certain things like, you might need to have a job in order to buy a house (or a vacation home in the Greek Isles!); but what I’m saying is that the house won’t bring you happiness. The house won’t bring you stability. The house is not the issue. Nor is the job. They are steps towards creating an environment in which you “think” you would be happier. But nothing external actually creates happiness. Happiness comes from within. A house, a car, a job, a relationship, these are all things that can come and go – and if we pin our dreams and happiness on them, then that means our happiness can come and go as well. Why would we ever choose that?

Instead, opt for a different choice, a different way of living. Waiting to be happy by virtue of an external stimulus means you will spend a lifetime waiting. I guarantee once you’ve reached the desired goal, there will always be something else looming in the distance, and because it’s a conditioned behavior, you will once more fall into the pattern of “if this, then that.” Professor Dumbledore in the Harry Potter series said it best when he said to Harry, as he was sitting in front of the Mirror of Erised, “The happiest man on earth would … see himself exactly as he is.” (And did you all notice that Erised is ‘desire’ spelled backwards?)

So, in considering this concept: if you have nothing to lose – what would you endeavor to do?