So, one of my favorite cookies in the world are called ‘black and whites.’ I grew up with them in the NYC area, though I am not sure where they originated. 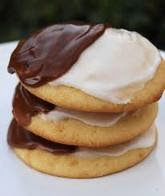 Whole Foods carries a mini-version of them, which is delicious, though not exactly the same as you would get in a NY bakery. Half cookie, half cake, coated with dark chocolate and vanilla/lemon glaze – they’re incredible. But I digress…

This week, the “black and white” I refer to is the printed word. As I sit here among billions, perhaps trillions, of printed words (I’m in a bookstore), I am thinking about the freedom with which we use words to create feelings, actions or situations. It’s quite a responsibility. One wrong word can cause chaos, just as a few beautifully placed words can create unparalleled joy. The bottom line is words have power beyond their significance. 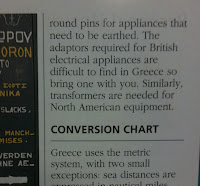 So, I was intrigued recently while reading a travel guide to discover the use of the word “earthed” instead of “grounded.” I guess they mean the same thing, though ‘grounded’ is vastly more familiar – especially in the healing arena. But what about “earthed?” Well, in this context it was referring to electrical appliances and plugs. The guidebook said, “for appliances that need to be earthed.” Perhaps this is common usage of the word in other countries, but it was a first for me. And it won’t be a last. I LOVE this word. It’s rare, unique and incredibly descriptive.

In exploring the possible difference between the two words, it’s important to first understand what it means to be grounded in the energetic/spiritual sense. The most common form of “grounding” is with the earth. We are organic matter, the earth is organic matter, and we are both made up of energy. Therefore, to connect with the earth is to “ground” yourself with her and her energy. We do this through meditation and chakra visualization exercises – specifically the first, also known as the “root chakra.” By energetically connecting with the Earth, we center ourselves, create balance, wellness and strength, to where we truly feel connected with something greater than ourselves, deeply and solidly.

To be grounded means to connect with that of which you are a part. Yet it also somehow maintains a distinct separation between the two identities. Perhaps this is because we also refer to the surface of the earth as the “ground.” It creates a visual of standing upon – still two separate entities. In contrast, if you are earthed, it almost feels as though you become one with the earth. As if the earth were to swallow you up, surround you completely, cradle you in her soil and provide peace, strength and protection to your person. To be earthed gives me a sense of becoming wholly part of her as one life force. I am no longer standing on soil; I am soil. It simply feels different.

This is why I like the use of the word “earthed.” It is so much more descriptive for me. If someone were to say to me, “I am grounded,” I would be pleased for him or her. If, instead, I were to hear, “I am earthed,” I would take note, because the sensation I experience when a visual image pops into my mind in association with that statement is far more detailed, weighted and complete than that which appears when I hear the first statement. I may be unique in this, but I wager that given the opportunity, many others would share in my experience. 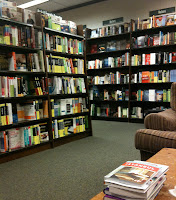 Which brings me back into the bookstore. Here, I feel grounded – not earthed. Is there a distinction? I think there is. Though both may be used interchangeably, as so many other words are also used, I will choose when to use each, deliberately and with clarity of intention. Once more we return to the issue of the power of words. And I ask you this: Is their power inherent in their definitions and our linguistic connotations? Or could it be that their power lies in our intentions and conscious choice in using them? What do you think? Spend a day listening to what people are saying to you, then spend another day listening to yourself as you speak to others. You decide where the power lies.

In Love and Light,